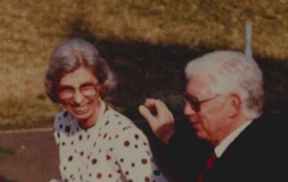 The Richard & Charlotte Gelhaar Lecture Series on Arts & Culture will explore various genres of art and artists throughout history into modern times. Cultural issues in society will be examined through the art of the time.

Born in Detroit, Richard C. Gelhaar grew up in Youngstown, graduating from The Rayen School in 1943. He then attended the University of Michigan, graduating in 1947, with a degree in metallurgical engineering. In the early 1950s, Mr. Gelhaar served his country as a pilot in the U.S. Air Force, from which he was medically discharged.

Early in his career he pursued his first love, which was the manufacturing and sale of steel products with the former Cold Metal Products Company. It was here that he met his future wife, Charlotte Chuck, and they were married in 1951. In 1960 he joined his father-in-law, the late Walter C. Chuck, as a partner in his industrial lumber company, Wilson Lumber & Tie Company of Pittsburgh, which had been in business since the 1800s.

Following his father-in-law’s death in 1972, Mr. Gelhaar expanded the business to become one of the largest suppliers of industrial hardwoods to the steel industry in Ohio, Pennsylvania, and Western New York. He retired from the business in 1990.

Ohio Living Lake Vista does not discriminate against any person on the basis of race, religion, age, gender, gender identity, sexual orientation, disability

(mental and/or physical), communicable disease, or place of national origin in admission, treatment, or participation in its programs, services and

activities, or in employment.